Looker is an online platform that offers extensive data exploration functionalities for both small and large businesses. With the help of this, any enterprise can access a wide spectrum of 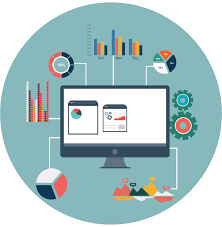 Looker is an online platform that offers extensive data exploration functionalities for both small and large businesses. With the help of this, any enterprise can access a wide spectrum of a web-based interface for real-time data and insights through data analytics. It assists over 1700+ companies to find data via choosing the database, workflow, and cloud respectively.

With handy visualizations, one can develop ones personalized workspace. Using a special data scheme where one can drag and drop the desired element and assign various roles such as, ‘users’, ‘administrators’ or ‘developers’.

Looker narrows and enables collaboration among users via its collaboration features. It is easily accessible on any browser along with any mobile device. This allows the user to receive notifications and enables them to contribute. Besides, data can also be manually imported or exported, depending on the users’ preferences.

Current features of Looker that enhance the users’ DevOps Process

The highlights of Looker 6.18 revolve around, the help page developed for internal resources. The Table-Next feature that has now inline visualizations with global text formatting. In addition, new embed events and alters that support subscriptions, custom titles, and calculations have also been bettered. Some other significant features  are as follows:

This new feature allows the Admins to use a markdown file in order to configure a list of helpful resources that may be available in their business. After configuring in the platform, users will possess the ability to access that list for the ‘Help’ dropdown menu.

The sectional features offered by Looker enhances the visualizations, dashboards and improves exploration for the users. The ‘ Table-Next’ improvements, provides the ability to control the size, text color, header, background color and all aspects of global text formatting. Moreover, it also offers users to showcase visualizations within table cells.  Another addition is the alerts feature that grants the user to give an alert for a custom title, to utilize table calculations to subscribe to other user’s alerts.

In version 6.18, specific java files are distributed separately. This results in two JAR files which will need to be installed and downloaded. The removal of the “Legacy Rendering” feature and the addition of embedded events also immensely contribute to the administrators DevOps process. With the aid of improved content creation, one can easily scroll, view and sort all folders and files pertaining to the organization

The new development features enable the user to import remote projects which are no longer stored in ‘Labs’. However, importing local projects is still a feature under the ‘Local project import’ option.

A new addition is the “snowflake” feature. This adds support to the external table database objects. It allows easy scanning of the objects belonging to the database. Besides, the ‘Aster Data’ feature will no longer be selected as a dialect concerning the connectional panel. The current Aster data connections will remain to work. Both the Microsoft SQL Server 2005 and XtremeData have also been removed. Speaking of upgraded dialects, the Qubole Presto, Qubole Quantum Oracle, and Oracle ADWC have been upgraded for a better interface.

In terms of security, Looker has fixed the bug which has resulted into User Attribute values that are set to server logs for printing. Tweaking of the software has equipped the use of all formatting types. Another improved issue is the fixing of the schedule that earlier prevented users from running a specific look during development.

It has also fixed schedules that previously failed when a user would be in development mode. Looker 6.18 now retires actions and schedules even if one fails because of multiple events firing simultaneously. Google Cloud Spanner has been bettered, where the JDBC driver would now hit a Java instantiation exception. The issue of Looker staring with a default of only three unlimited execution threads has also been vastly improved.

Looker had also addressed a problem where previously the API endpoints would return on empty arrays which required access grants. For example, all_lookml_models() and lookml_model(lookml_model_name).

With respect to embedded analytics, now a user can update a Look filter through an iFrame message. A variety of filters can now be set through embed messaging in an iFrame on several Looks. Furthermore, now a user to free to “Explore from Here” while editing, issue free.

Adding to notable features, the IDE Folders single-handedly better the orgasmatron structure in LookML projects. This feature is extremely beneficial to Git and therefore the changes merge. Furthermore, it also encompasses statements needed to fully capture the file’s path.

Therefore, with the newly improved Looker 6.18, any user can easily send and receive the largest datasets directly, using machine learning tools of your choice. Moreover, this version also enables the users to build new additions to their data model without the fear of altering the model for anyone else. The improved team can further receive feedback and collaborate on changes while viewing the respective branch of code.

Acquisition of Bravo Advantage by Jaggaer and Implications